HOW MANY ADULTS DOES IT TAKE TO GET A CAT OUT OF A PRIUS???

(The Rescue Squad goes above and beyond)

Lynn posted on her FaceBook page, the saga of the freeked out kitty:

"it sounded so simple...mama cat and kitties needed a ride from Gaston shelter to their foster home in Knoxville. so I rounded up my usual posse and everyone had their tasks.

Celine Villax would get the little precious family and meet my sweetie Butch Giusto in Morganton. no biggie right? welllllll....

the cardboard carton the shelter gave Celine was no match for this mama kitty who hurled herself out and under Celine's drivers seat. they both called me and asked what to do to get her out and we all tried every scenario we could come up with but we were foiled by mama kitty!

finally we decided they would both drive back to Asheville to our house where we could pull the car into a garage so we could contain the situation at least ... an hour later, Celine in her Prius, Butch is his car and the foster, Hannah and her friend Jess (who had driven in from Knoxville) all pulled into our driveway where Janet Marie Cress and I are waiting!

By this time it's 8:00 and we should have all been home by now hahaha. we all put our heads together and come up with this elaborate tunnel (built with blankets and seat protectors) going from the car to the crate we have ready for the little family. all we need now is an impetus for the mama to leave from under the seat.

Butch said to me, what do cats hate most? I said WATER!! and Vaughn Seng, my son went and got our trusty sprayer! everyone positioned themselves and Janet shot the kitty with water and pushed her towards the crate and VOILA!! KITTY IN CRATE !!! so how many people does it take to get a mama kitty out of a Prius? the answer is 7!! thanks you all .... you are the greatest rescue village ever!! happy life kitty !! and babies!! xxoo

Butch responded with a different take on the event:

Lynn wasn't able to find transport for the kitty's, so i told her i had it covered. How hard could it be? I've done lots of transport, a pro. Ha!

Next thing I know, I'm in the back seat of a Prius, wearing a full length duster and thick gloves (I saw the injuries that Celine had gotten for her troubles) trying to throw a tarp over a semi-feral cat. No dice.

At one point with Celine in the driver seat, the kitty shot past me and wedged herself between the door and the driver's seat. She was squashed in so tightly that she peed a river onto and into Ceine's Coach bag that she had moved from the front passenger for safe keeping. Sorry Celine... The next moves were mostly acts of desperation. I went into the local Lowes and asked the helpful Customer Services woman if we could drive our car into one of their small storage sheds on sale in the parking lot. She was amenable but pointed out that they weren't built to take the weight of a car on the flooring.

Celine was meanwhile calling storage places in Morganton to see if we could "borrow" one for a few minutes to help flush out a cat that was all teeth and claws. They were all closed. So Celine called the flocal Fire Dept. (hey they gets cats out of trees, right?). They gave her a number to call for police backup (not kidding).

So I called the number and talked to the dispatcher who said they were sending a squad car to us. That mde no sense to us so we cancelled that quickly. There is no situation that I can think of that can't be made worse by calling the police.

At about the same time, Celine decided that she would just drive to Asheville and use our garage. So onward through the fog where we joined Hannah, Jess, Janet, lynn, and Vaughn who were all waiting for Operation Momma Cat Rescue". The rest of the story Lynn posted above. What a transport for just a three hour cruise, a three hour cruise (insert theme music here)!

Check back soon
Once posts are published, you’ll see them here. 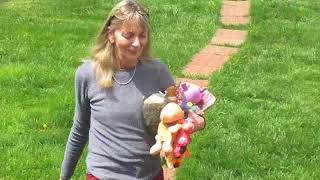 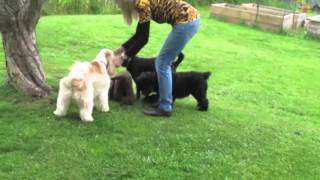 HOW MANY ADULTS DOES IT TAKE TO GET A CAT OUT OF A PRIUS???